When siblings Abby and Jonah go after their dog Prince who got sucked into  their magic mirror in the basement, they land in the middle of the story of The  Snow Queen. What will happen when they get kidnapped by a band of robbers  and a talking reindeer?! Find out when you read whatever after’s Cold as Ice.

Cold as Ice is the 6th in the series Whatever After, which was published  November 25th, 2014. This book has fantasy and adventure. Also this book is  part of a New York Times Best Selling Series.

I give this book 5 Stars because it has a surprising ending. If you like Sisters Grimm you’ll probably like this series. 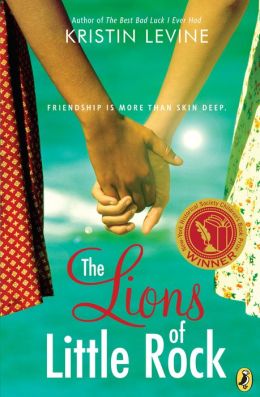 A new girl named Liz shows up at a “whites only” school. She looked as if she sat in the sun for the whole summer. Marlee, a twelve year old girl, and Liz become friends. But one day Sally, the mean and prissy girl of the school, spots Liz and her younger brother in the “black” part of town. Will their friendship last the struggles of segregation, or will it go down in flames?

I would definitely  recommend this book. This book is calked full of lip-biting-suspense, and lots of daring risks. This book kept me at the edge of my chair, the whole way trough. I give this book 4 stars for sure. 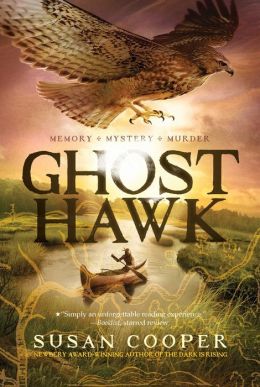 Little Hawk’s time has finally come. With only his bow, arrows, and tomahawk, he is set of in to the woods alone. This is the time when he will get a vision from his manitou, the spirit that will guide Little Hawk for all his life. If he survives for three months alone in the woods he shall become a man and be able to go back to his village. Will Little Hawk be strong and skilled enough to complete the journey of manhood?

Susan Cooper is also the Newbery-winning author of  The dark is rising series. You can visit her online at www.TheLostLand.com. Quote from book: “My Father grasped my shoulders with his two hands and looked me in the eyes, his face grave and strong. He said formally, once more, “Come back a man, Little Hawk”

I would give this book  4.5  stars because of a new and unique perspective, a look of how the world was really like during the first settlements, how unfair and judgmental the settlers were being judging the Indians without learning about them.

One Dead Spy is about the Revolutionary War.A patriot secret spy named Nathan Hale is captured by the British.The British were going to hang Nathan for spying on the them.But when the soldier said to Nathan “Any last words?”,then Nathan started to tell his stories about his history when he was working for the north.

RECOMMENDATIONS: I give this book five stars because the book is an graphic novel and its really good to read anywhere. I could never put the book down. 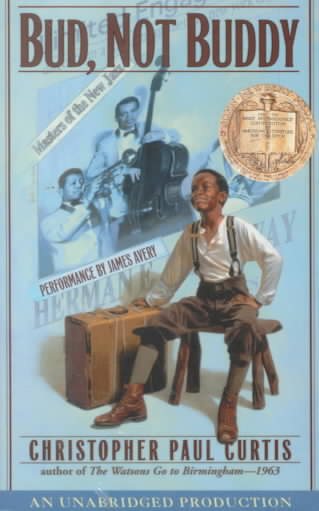 Will Bud find his Dad? This book is about an orphan named Bud who tries to find his dad because he never met him. He goes on adventures  and he finds clues along the way. Do you thing Bud will find his dad? Read the book to find out!

This book won the Newbery Award. The author also wrote The Watsons Go to Birmingham-1963.The publisher is Scholastic (www. Scholastic.com.)

I give this book 4 stars for the adventures and clues and who he lives with, but the question is will Bud find his dad? To find out, read the book!

Have you ever thought you look like your parents? Turtle in Paradise is about a girl named Turtle who people love to see because she looks like her mom. Turtle thinks the color of people’s eyes says a lot about them, but the problem is that Turtle has  to leave her mom because her mom doesn’t have enough money to take care of her. My favorite character in this story is Turtle because she goes through a lot of problem’s like I do. Turtle is nice, funny and brave. The author’s purpose is to entertain with the things that could happen in real life, or to inform us about the problems that could happen in real life.

I give this book 5 stars

Summary: A Thousand Never Evers  is a book that goes back to the 1960’s when African Americans mainly and other “colored” people were being discriminated and segregated. Addie Ann Picket is proud to be following in her brother, Elias’s  footsteps by attending the Negro junior high school which happens to be 3 miles away, but it was worth it, just going to a school to get an education. But when Addie Ann “interacts” with a white and creates trouble, she leads to her brother’s disappearance, without knowing whether or not he’s dead or not. Without Elias, Addie Ann, Mama, and Uncle Bump are left to struggle with their own mishaps. So Addie Ann continues with life, but every time a white “troubles” her, Addie Ann just can’t help thinking about saying something, blurting something out, but as Mama’s always told her, “Never tell white folks what they don’t want to hear.” But as her family is being  “tested”, more civil leaders are being murdered; but now Addie Ann needs to decide whether or not she wants to continue being a bystander or if she wants to take a stand and show the white folk that she’s got power.

Recommendation: I WOULD RATE THIS BOOK AN INFINITE NUMBER OF STARS, THIS BOOK WAS PHENOMENAL. YOU COULD FEEL THE EMOTIONS OF THE CHARACTERS AS IF THEY WERE YOUR OWN. I would recommend this book to ALL READERS, especially historical fiction fanatics. 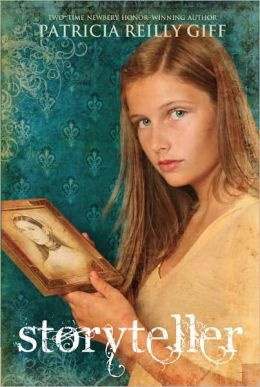 Summary: Elizabeth has to spend time at her Aunt’s house far away from her house and school and friends. She thinks it will be horrible and boring, but that is until she finds the drawing of Zee. Zee is in the time of the Revolutionary war and her brother and father leave to fight. Then the people loyal to the king come and burn down her house, killing her mother and severely burning both of her hands.
Zee is determined to find her brother and father and even with the condition of her hands. Meanwhile, Elizabeth is fascinated by Zee, they look so much alike and Elizabeth really wants to take the drawing to school for an assignment. Will Elizabeth succeed? Will Zee find find the last members of her family? Read Storyteller to find out.

Recommendation: I give this book 4 stars because it has an interesting plot and I like the way it goes from past to present and back again, but I think there should be a little bit more action. I would recommend this book to people who have read and liked the books, Ghosts of the Titanic, and Beswitched. Lyza who lives with her sister (Denise) and her dad is in for the time of her life. When she was cleaning out her grandfather’s house after he had died she finds an envelope marked “For Lyza ONLY”. Lyza opens the envelope and makes sure that no one is watching. Inside she finds maps, a letter, and a key. She takes the envelope with her and looks at everything when she gets home. One of the marks has markings on it labeled “A,B, and C”.  She tells her friends Carolann and Malcolm, hoping that they will understand what all of this means.  They don’t really, but eventually they figure it out. The key is for a locker that has a metal detector inside. They soon realize that these places marked on the map are places where Captain Kidd might have hidden his treasure. One of the places is at a school playground. One night they take their metal detector with them and realize that the treasure isn’t hidden there. The other place is in a park right under some cement which they have no idea how they are going to dig through. The last place is in a forest at the back of a church. Will Lyza, Carolann, and Malcolm find the treasure?

I give this book 5 out of 5 stars because it is really good and it keeps you in suspense. I would recommend this book to people who like mystery and bravery.

Maggie knew they would have to go at some point. She just couldn’t face the truth that they had to go. 11 year old Maggie and 7 year old Annie were two of the many orphans who went west to find a new home on the Orphan Train. When the 2 sisters set out to Kansas when their mother died of consumption, they are faced with a terrible problem: no one wants both of them, they want only one or the other. Maggie had promised to stay with her sister, and soon the 2 of them are the only ones left. Luckily, a couple takes them both. Maggie is forced to adapt to  a new life. Once, she was a carefree little girl in Ireland for few happy years. After her Dad died, she, her Mom and Annie lived in a gritty apartment room, and had no money to pay the rent while they tried to take care of her mother. and now here she was, on a farm instead of the streets of New York, in a new country with new people, religions, habits, and chores. Annie is happy at their new home with aunt Priscilla, Uncle James, and Spot, the guard dog. Maggie has to endure new schools and harsh judging on religion in silent anger. All she wanted was a loving family for her sister- and most of all, to let the 2 of them stay together as they learn the new life of Kansas. Follow them, as they struggle through the real journey home- the journey to show that they were just the same as everyone else.

I recommend this book to people who like to read about orphans in historical fiction, and people who like reading about the orphan train. I give it 5 stars, it was really interesting as it described the train, the houses, the people and everything, in vivid detail. This is a captivating read which is suspenseful  in it’s own way. I highly recommend this book, but I’m not sure if it’s at the library.